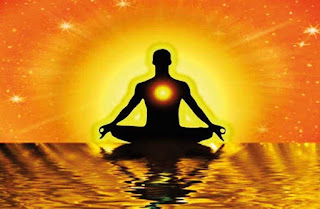 We experience heat, light, sound, motion, mass etc. We say all of them are caused by one single thing called Energy. We say energy has all these forms. Since mass is also energy, all the Universe matter and beings including us are effects of energy.

But can we define energy more than this..? No. we can define energy only by its effects. Then why we are defining all the effects to just one cause called energy..? Why can't it be multiple causes..? Because we see this transformation of one effect from another, we say all of these are attributed to one cause. This assumption or understanding of us (as one cause called energy) also works mathematically perfect.
One way to look at it is 'Energy' is the observer which we cannot fathom, which is just a witness to all the transformations happening. The effects of energy such as momentum are the 'observed', which keep getting transformed from one form into another. But then these two cannot be separated at all..

I see this infinite undefinable property of Energy.as Shiva or a puruSa, who remains just observer or sAksi. The momentum associated with energy or the effects of energy as shakti or prakrti, the observed evolute.