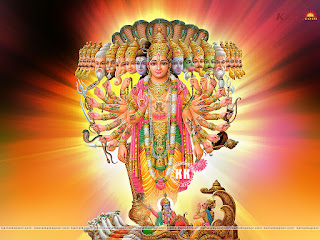 Evolution of prakRti in matter domain

Evolution of prakRti in consciousness/biological domain

There are seven stages through which the worlds of matter and biological forms evolve. They are

In evolution of matter forms, bhu loka are planets like earth that hosts evolutionary life.  In evolution of biological beings, it is the terrestrial life forms on earth.

In evolution of matter forms, bhuva loka are planets that are like hot like stars not hosting evolution but are also terrestrial .  In evolution of biological beings, it is the amphibians that live in water and land.

In evolution of matter forms, svar loka are solar systems that spawn across the interstellar space.  In evolution of biological beings, it is the avians that move across air.

In evolution of matter forms, mahar loka are stars that undergo stellar nucleo-synthesis, producing newer elements in the ocean of EM radiation/light they generate in the process. In evolution of biological beings, it is the aquatic beings that live in water.

'atala' is said to be resided by 'bala' who produces three women by expansion.  Svairini are that desires themselves, kAmini are those that love/bind others and pumscalini are those that stand separately even if they attract others.
In matter domain, the underlying layer of all matter forms is the property of 'mass'.  The property of 'mass' makes all the  'prakRti', that are in the form of elements (svairini), compounds (kAmini) and mixtures (pumscalini). All matter forms exist as elements, compounds or mixtures.
In consciousness domain, the underlying layer of all biological beings is the 'manas' that drives the actions of biological being.  Manas drives the self-centered nature (svairini), love/bonding with others (kAmini) and being detached (puMscalini).

Below atala is the vi-tala said to be resided by Hara and Bhavani (shiva-shakti) whose creations rule all the Universe.
In matter domain, Hara and Bhavani represent the the 'entropy' of all matter forms. Below all the elements, compounds, mixtures of matter forms, there is an unusable part of energy, the entropy or information content of the matter form, that makes and 'holds' the matter form.
In  consciousness domain, below they represent the 'buddhi' or their ability to process information from various sources and make sense of it. This ability holds them as 'one biological being'.

Below vitala is  Su-tala, where Bali resides, the King who was pushed into pAtAlA by vAmana deva.
In matter domain, sutala is the 'Internal energy' of a matter form that gives an 'identity' to the matter form.
In consciousness domain, sutala is the 'ahamkAra', the self-identity, which if it exceeds limits, becomes pride or ego of a being. Bali is equated with ahamkAra because it was his pride that made him promise vAmana to give what vAmana desires.

Below sutala is the tala-atala resided by mAyA dAnava, whose creations were burned by Shiva as purAri.
In matter domain, tala-atala is the 'Vacuum Energy' (or zero-point energy) that fills the empty space on which matter forms reside. Shiva-Shakti, the energy-momentum burns the 3 dimensional empty space and fills it with vacuum energy.
In consciousness domain, sutala is the 'citta', the layer of thoughts, on which ahamkAra rises. Shiva-shakti, the consciousness-signaling fires the neurons and fills them with thoughts.

Below mahA-tala exists the rasa-tala resided by daityas, danavas, panis, kaleyas etc.  dAnavas are the leptons (electrons). daityas are the weak forces.
In matter domain, rasa-tala is the layer of quantized particle manifestations of individual force-fields, that enables the interaction of force-fields.
In consciousness domain, rasa-tala is the layer in which potential differences generated in neurons drive the neuronal activity, which forms the basis for neural circuits.

virAja means that rules far and wide or rules everything. puruSa is the observer that does not interact, just observes and by mere act of witnessing/observation helps evolution of prakrti. Hence puruSa rules everything.
virAja puruSa is just observer and non-interacting.  But we can give a form for this virAja puruSa in the way prakRti (matter forms and biological forms) has been evolved in the Universe and resides in the Universe, as puruSa the observer is all across prakRti.
This form of virAja puruSa that we derive from prakRti can be depicted similar to the anatomy of a human being.
Srimad Bhagavatam Chapter  2 Canto 1 Text 25 describes this virAja puruSa.

The Jana loka is the 'face' of the virAja puruSa.
In evolution of matter forms, Jana loka are the basic atomic elements. In evolution of biological beings, it is the basic life forms of prokaryotes and eukaryotes.
This is equated to the face of virAja purUsa, as all matter forms are made of atomic elements and all biological beings made of eukaryotic cells.

virAja puruSa - The skull behind the face

Like knees below the thighs,  sutala is below the atala-vitala.
In matter domain, below mass/entropy lies the internal energy.  In consciousness domain below manas/buddhi lies 'ahamkAra', the ego. They are the sutala.

Like Shanks below the Knees, talAtala is below sutala
In matter domain, below internal energy lies vacuum energy or zero-point energy. In consciousness below ahamakAra lies thoughts that rise on our consciousness. They are the talAtala.

Like ankles below the knees, mahAtala lies below talAtala
In matter domain, below vacuum energy lies the layer of force-fields that interacting with each other in which energy flows. In consciousness domain below thoughts like the layer of neural circuits that hold these thoughts. They are the mahAtala.

Like heels and toes below the knees, rasAtala lies below mahAtala.
In matter domain, below layer of force-fields that interact, lies individual force-fields which have quantized nature of particles.  In consciousness domain, rasa-tala is the layer in which potential differences generated in neurons drive the neuronal activity, which forms the basis for neural circuits. They are the rasa-tala.

Like sole of feet is below the heels and toes, patala lies below rasatala.
In matter domain, below the layer of individual force-fields, energy flows in these force-fields. In consciousness domain, electromagnetic force-field lies under the potential differences in neurons. They are the pAtala.

uraḥ-sthalaṁ jyotir-anīkam asya
grīvā mahar vadanaṁ vai jano ’sya
tapo varāṭīṁ vidur ādi-puṁsaḥ
satyaṁ tu śīrṣāṇi sahasra-śīrṣṇaḥ
chest (ura stas) groups of luminary objects (jyotir anikam)  of the (asya) neck (girya),  mahaloka (mahar) act of speaking/face/mouth (vadanam)  certainly (vai) jana loka (jana) of the (asya) tapa loka (tapo) forehead (varatim) is known (vidur) the first male (adi purusa)  satya loka (satyam)  is the skull (sirsani) the innumerous skull (sahasra sirsnah)
(if we go up from the navel lake that is the space) we see the chest as the groups of luminary objects, the neck as the mahar loka, face/mouth as the jana-loka,  skull is tapa loka, is how the first male is known.   The innumerous headed one's heads are the satya loka.