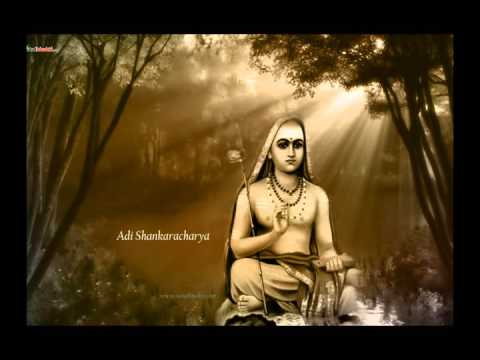 sAdhana panchakam is set of 5 stanzas written by Adi Shankaracharya.  sAdhana means a process or 'means' to do something. It could be interpreted as 'practise' as practise is a process/means to accompish something.
The 5th stanza describes what needs to be accomplished. How to remain situated in that para-brahman, in that evolutionary external observing Atman, in a world full of deeds/karma flowing as a chain of bondage from one to another..?
Shankara gives five phases to follow one after another for people to move gradually from their current state to the state of remaining situated with Atman, which is the state of being an observer of ourselves and others.
sAdhana panchakam talks about the phases through which mental maturity has to be accomplished in us. It's not related to age or celibacy status or stages of life, in my understanding.
In my understanding, it's more about moving/evolving from our current state where we perform defect free work with knowledge to listening to knowledge outside of our work domain, in particular the sruti/vedas that talk about aham brahma asmi, then researching this knowledge, subsisting with minimal physical needs (like any researcher will do) and focussing more on realizing that knowledge and cultivating  that dispassionate observing capability in us.

Universe's evolution is driven by a design pattern of an external observer driving the evolution,just by observation. We call this observer, the Atman and the evolution as Brahman. If we develop that detached observation capability in us, the ultimate isolation of mind (ekAnta), then we are in a state similar to that of Atman.
There are five phases in this process.

The first phase is to be proficient in knowledge in the deeds that one has to execute for one's own position. But perform these deeds (as atonements, as worship) giving up the desiring part of the intelligence. Explore the defects in these deeds, so that any sins arising out of the deeds are washed away completely and welfare manifests. Determinedly, desiring from you inner self, move quickly away from this state.
The second phase is  to perform our deeds with determined will, with truth and 'bhagavat bhakti' or devotion to an external god as it helps in renunciation of the results of our deeds. Peace grows, becomes stronger in all our activities with complete renunciation. Approach the learned everyday, learn from them, by serving them. Listen to the best of vedic revelations, which are the wealth of that one indivisible brahman.
The third phase is  to discuss the meaning of these verses that we listen to and seek refuge on the wings of the best of vedic revelations. Investigate/Explore the heroic false arguments with arguments of vedic revelations. Completely abandon the 'I' pride and manifest the 'Iam Brahman' attitude. Completely abandon the argument of wise-men who say 'I ' is just the body.
The fourth phase is to treat hunger as disease and take food as medicine. Don't ask for delicious food. Be contended with what you get. Bear with climate and environment. Don't pronounce words at will. Be indifferent to people's mercy or desires, abandon being hard/cruel.
The fifth phase or the ultimate phase is to remain isolated in mind with happiness of greater consciousness, in equilibrium always not affected by the sight of the external world, not clinging to future due to ego. In this state, one becomes an observer of themselves and others like the paramatma itself. When they become so, they are said to be situated in that external evolution-causing observer of the Universe.

ekante sukham asyatam paratare cetah samadhiyatam
purnatma susamiksyatam jagadidam tadvadhitam drsyatam |
prakkarma pravilapyatam cit balat na api uttaraih slisyatam
prarabdham tviha bhujyatamatha parabrahmatmana sthiyatam || 5 ||
Isolation (ekanta) happiness (sukham) let remain (asyata) greater (paratara) mind/consciousness (cetah) state of equilibrium (samaadhi)
Complete inner self (purna atma)  look upon/see well (su samiksyatam) the worlds (jagad) here (idam)  that (tad) disturbs (badhitam) the sight (drsyatam)
Preparatory/previous actions/deeds (prAk karma) completely annihilate (pravilapyatam) dont cling to future certainly (na uttaraih slisyatam) due to the strength of your ego (cit balat)
Undertake (prarabdham) enjoy (bhujyatam) then (atha) you remain (sthiyatam) in that external evolutionary self (para brahma atamna)
Remain isolated in mind with happiness of greater consciousness, in state of equilibrium. See the worlds as the complete atma sees it (as a detached observer). Our sight associated with the world disturbs it.  In essence, be the observer of you and everything around. This completely eliminates the result of past deeds.  Don't cling to future due to strength of ego. By developing this isolation of mind without the disturbance of external sight, by being the observer, not clinging to future fears, you remain situated in that external evolutionary self.