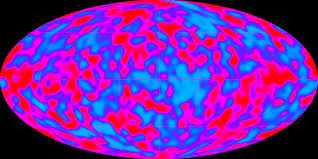 The Rgvedic Sloka Mandala 1 Hymn 180 to 186 are about 'vidyAm esAm vrjanam jiradAnum', which is 'Knowledge/learning sprinkles abundantly in these settlements". In simpler words, it is about increasing information content or entropy.

How does entropy increase..? Asvins, the electromagnetic field causes the increase in entropy or information content or knowledge. This is explained in these slokas.

Universe as a Yajna

Asvins, the electromagnetic field are inside havis (the matter that is sacrificed for evolution of larger matter forms) crooked/bent in different directions, enabling the consumption of havis, emitting light/shining. Thus asvins (electromagnetic field) sacrifice the oblations in the evolutionary sacrifi

There are two types of Asvins. They are dasra and the nAsatya.

Asvins, the electromagnetic field, also help produce learning/evolving (sUri) gas/molecular clouds. From these planetary systems (diva) or new matter forms are created. Asvins not only grow matter forms. They are also remove matter forms by their electromagnetic discharge (as in thunderbolt). Thus 'Hari' removing/transfer of mass also are enabled by Asvins.

Thus iSa, is the energy transmitted through EM field, while Hari matter removed by Asvin, the EM field.

Dasra creates the assemblies of matter forms, molecular clouds that learn and evolve further. These clouds are made of 'vasus'. Vasus are matter forms, made of atoms with different states of matter. These are the 'abodes' of intelligence evolution.

This radiation is filled with Atman and is like a bird that flies across. Like the feathers of a bird drop, the Atman filled electromagnetic radiation drops 'manas' amongst the 'devas'.

Devas are the Rudras (force-fields), Adityas (Energies) and Vasus (matter forms made of atoms). In all the devas, the EM radiation provokes the 'desire' to evolve further. This desire to evolve further and become the abode of intelligence evolution is the 'manas'.

Of the Rudras, Soma Rudra is the Strong force-field which cause the proton. The primary mass of Proton comes from energy in the Strong interaction (Soma). Hence Indra is said to be drunk with Soma. Since all matter forms are made of protons and electrons, all matter forms can be seen as assemblies of Soma.

Manas is the 'desire' to evolve further and become the abode of evolving intelligence. Since in the assemblies of Soma (chemical compounds etc) the impinging electromagnetic radiation makes these matter forms to evolve more, asvins are said to invoke the manas.

How does Asvin interact with these particles..?

The Electromagnetic field is triple-bonded with three cyclic actions. They establish three layers of 'residence' as the 'feathers' fall down.

The electromagnetic field is the well moving chariot, burns in all directions and provides the intelligence in its every 'quanta'. All the bodily forms, their companions, all these expressions, newer planetary systems are 'intelligent' daughters of the 'dawn'.

Those matter forms that are charged and subjected to EM field become the oblations in the evolutionary sacrifice. Energy resides in this field from which off-springs originate.

Post the neutrino decoupling (atri), the EM field between matter forms continue the sacrifice of the matter. Then EM radiation (nasatyata) departs from that abode when the neutral atoms form and the atomic energy/bhaga originates. This is called Cosmic microwave background

Crossing over the darkness from that far-off, asvins, the electromagnetic field are placed as the heap-makers. They make the hymns out of individual particles.

In the vehicle of devas (Rudras, Vasus, Adityas), asvins, the electromagnetic field travel in various paths/processes, sprinkling abundantly the knowledge in the 'matter' settlements, increasing the entropy.

The three layers of 'abodes' that are established by asvins, the electromagnetic field, are the world of matter, biological beings and consciousness/thoughts.

That radiating electromagnetic field has three charioteers. These charioteers are the way the EM field 'bonds or interacts' with particle forms. 'vandhura' are charioteers as well as 'bondages'.

The three 'bondages' or 'charioteers' of electromagnetic field are 1. Electric field 2. Magnetic field 3. Interaction between Electric and Magnetic field (Lenz's law).  These three are 'bonded' to a cyclic action of 3 items.

Well moving chariot exists as which burns in all directions, which is situated as the provider of intelligence in every 'quanta'. Bodily forms, their companions/attachments, all these expressions, newer matter forms/planetary systems, the intelligent daughters of the 'dawn'

The electromagnetic field, which is the well moving chariot, burns in all directions and provides the intelligence in every 'quanta'. All the bodily forms, their companions, all these expressions, newer planetary systems are 'intelligence' that are born out of the dawn of the Universe.

Matter forms that are 'sacrificed' or become oblations in the evolutionary sacrifice of Universe always have this well moving ratha/electromagnetic field established in them.  The energy of the EM field (iSa) meditates (dhyai) in the EM field of the charged particles and from which the offsprings of Atman is situated.

Those matter forms that are charged and subjected to EM field become the oblations in evoltuionary sacrifice.  Energy resides in this field from which offsprings originate.

Not tearing through, not the agitations/overwhelming of tearing, not complete twisting/turning it is said burns the particles. Both EM fields place/deposit bhaga in the expressions, of both, the dasra establishes/preserves the particles filled with Madhu (weak force).


You both, best of the moving ones, post the abundant discharge of atri (the neutrino decoupling), dasra, the EM field between matter forms sacrifices the oblations in that abode. Directions not Destiny is linearly controlled. In that sacrifice the EM field of the EM radiation departs.

Post the neutrino decoupling, the EM field between matter forms continue the sacrifice of the matter.  Then EM radiation departs from that abode. This is called Cosmic microwave background.

While directions are linear, destiny is not.

Crossing over the darkness from that far-off, heap-making/hymns of both asvins exists/is placed.
These go/depart/travel  by the processes/paths in the vehicle of devas. Thus knowledge/learning sprinkle abundantly in these settlements.