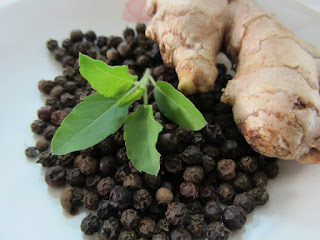 In my last post on Ayurveda (1), I had talked about Ayurveda being a framework to analyse a biological body and in particular human beings.

Any human body can be seen as a matrix of

I had mapped Information processing, Energy metabolism and Control of these two systems to Pitta, vAta and kapha. Functioning of every organ system in the body is a matrix of these three. Diseases arise in the body due to defects or shortcomings that arise in any of these 3 systems.


Let's look at the key slokas from dIrghanjIvitIya adhyAya

According to Ayurveda "Living is holding in complete Union the body with the senses, mind and the Atman. These three continuous movement and being connected is said to be life".  Ayurveda calls it the 'tripod of life'. All the biological beings are situated in this 'tripod' of life.

In human beings, this Atman manifests as 'manas' which remains a detached observer.  The remaining two, the logical processing mind and the body with senses are susceptible to diseases.

This dravya comes from 'dhAtu'. dhAtu are ingredients/elements/minerals which interact with each other and engage in a cause-effect action-reaction sequence resulting in different kinds of dravya. Those dhAtus which are equivalent and hence interact with each other resulting in the cause-effect sequences are called dhAtu-sAmya, the equivalent dhatus.

This is nothing but elements/minerals/ingredients of something chemically reacting with each other and producing new matter forms with newer guna combinations and guna preponderance.

A physical body or sarira is also made of different types of dhAtu or ingredients chemically interacting with each other.  These equivalent dhAtus in the sarira engage in a cause-effect, action-reaction sequence and create all the metabolic, electrical signaling, hormonal signaling, control of metabolism and signaling processes by chemical reactions.

Hence asvins, the electromagnetic field is said to repeat the knowledge of life (Ayur-veda) across multiple biological forms.

In fact most chemical reactions that we see in everyday life are addressed this way.

(For eg., observe an 'iron' getting rusted when exposed to water or humid air. There is a chemical reaction behind it. But we don't get into understanding of the chemical reaction. What dhAtu is opposite of watery characteristics, as it is excess of water that causes the rusting problem..? It is 'oil' as we know oil and water do not mix. So apply oil and rust is prevented. There is also a chemical reaction how oil interacts in this sequence. But just with the understanding of the opposite characteristics humans have been preventing rusting.

For eg., observe there is fire or heat. We apply water because water characteristics of being cool is opposite of fire that produces heat)

If body is a chemical reaction complex of equivalent ingredients that chemically react with each other (dhatu-sAmya), then the same principle could work to address the defects of body with dravyas of opposite characteristics.

In a later Sutra, Caraka Samhita says this principle has limitations and it cannot address all diseases of a physical body. But that's later..

Bharadvaja approached Indra desiring long life. Indra knew it through severe penance, is the shelter of lord of all the immortals.

In Rg vedic scriptures, I translate Indra as proton, the immortal core of all atoms. Proton is the basis of all matter and biological forms. The interaction between proton and electron creates atoms, compounds, chemical reactions and biological bodies through electromagnetic interactions.

Brahman means expansion or evolution.  Prajapati simply are lord/originator of subjects. There are multiple prajapatis. Brahma is the Prajapati for the entire Universe as Brahma is said to originate the Universe. dakSa, Kardama, Kasyapa are also called Prajapati as they originate different things. For eg. Kasyapa originates all matter and energy forms including the human beings in the Universe.

In all these cases, asvins, the electromagnetic field by their repetition establish these matter and biological forms.

Thus asvins grasp this knowledge of 'life' of biological forms and establish them entirely. Rsi bharadvAja therefore repeats this experience.

This is the knowledge of Chemical reactions established by asvins, the electromagnetic field that Rsi bharadvaja communicates.

Beneficial, not beneficial, happiness, pain of life, measurements of the benefits, non-benefits and in which that (in the body in which) is uttered is called the knowledge of life, the Ayurveda.

Living is holding in complete Union the body with the senses, mind and the Atman. Their continuous movement and bonding/connection is said to be life.

Sattva is information processing. Sattvam is the 'logical mind' which processes the information.


Life of this (which holds the complete union of body with senses, mind and atman with all their continuous movements and bonding) (tasya ayusah) is the best of the puNya (punya tama) is the opinion (mata) of the scholars (vedo veda vidam), They say (vaksyate) which (yat) is beneficial (hitam) for both (ubhayor) mankind (manusyanam) and the world (loka).

Best of the scholar opine that long life is the best of the punya and declare it as beneficial to both mankind and the world (of other beings).

Normally growth is the reason for every manifestation and whatever they yield.  Diminishing causes specialities or variants and both these are attached to all manifestations.

Mind, soul and body (sattvam, atma, sariram) and (ca) these (etat) three (trayam) are like three legs (tridandavat) the worlds (lokas) stand (tisthati) on their complete union (samyogat), there (tatra) everything (sarvam) is situated (pratisthitam) with observer of consciousness (sa pumam cetanam) and that (tat ca) and is understood (smrtam) as the subject/locative matter (adhikaranam) of this knowledge (vedasyasya) for that sake only (tad artham) knowledge this (ayam veda) fully revealed (samprakasita).

The world stands in the union of the three legs of mind, atma and body. There in this union everything is situated with observing personality and that is understood as the subject matter of this knowledge, for which sake this knowledge is revealed.

Atman or soul is an observer or witness only of the entire Universe. This observer manifests in this Universe as five different kinds of puruSa. puruSa are observer or witness of different stages of evolution. Prakrti is the one that evolves due to the observation of puruSa in each stage. When this puruSa manifests in the consciousness of human beings, as observer,  it is called 'puman' or 'manas'.

All human beings are established as union of this observer of the consciousness (puman or manas) inside them, which is the manifestation of Atman and their physical body (sariram) and their logical mind (sattvam).

So consciousness is all about sensing space and time through the 'indriyas' or sense organs.

In the matter forms, from guru, buddhi till prayatna are given out or expressed. By the expression of gunas, beginning with effort, action is said to be set in motion.

Guru is Heaviness which is Tamas. Buddhi is Sattva. Prayatna is Rajas, the energy for effort. By the expression of Sattva, Rajas, Tamas, all actions of the matter forms are set in motion.

In the process of conglomeration (samavaya) separation (prthak) nature (bhava) gunas of bhumi etc (bhumya adinam) is considered (matah).  This is eternal/fixed (sa nitya) where (yatra) hi dravyam (there is materials) not (na) there (tatra) suppression (niyata) of guna

In the process of union and separation of these three gunas, bhumi etc manifest. This is applicable to all materials. If there is a dravya then there is some guna expression there. There is no dravya which does not express any gunas.

Where (yatra) the shelter/abode (Asrita) of actions (karma), due to association of gunas (guna Karanam samavayi) that is dravyam.  association (samavayi) inactive reason (nizcestah Karanam) guna


The cause (karanam) of union and division (samyoga ca vibhaga ca) (of gunas) resides in the materials (dravyam asritam). Karma is creation (kriyA) of these mandatory activities (kartavya). Karma does not rely (na apeksate) on any others (anya).

Thus it is said that equivalent dhAtus (elements/ingredients) express the Cause-Effect action-reaction sequences. Equivalent dhAtus (that can chemically react with each other) are needed for processes of creation and expression of dravya.