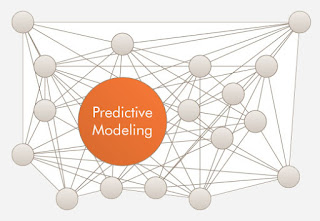 All biological beings in the planet are interconnected, some direct, some indirect. These biological beings are connected with the Earth, Moon, Sun and the planets with varying range of impact. When we make a predictive model for the course of events of earth, the right way to do is to make models from a high altitude, a top-level view, from the Solar system to moon, earth, coming down to biological beings and their interactions on Earth.

Jyotish sAstra is study of 'luminaries' or light emitting/reflecting celestial objects for this purpose of predictive modelling, on the course of events in planet Earth from a top-level view. Atleast that was what it was intended to be, if one reads the definition of jyotiSa in Brhat samhita.

All planets including Earth move around the sun are taking different amount of times to make one revolution. In this process they are seen as moving in the  Earth's sky in different paths. Due to earth's rotation day and night happens. Due to moon's orbit around the earth waxing and waning of moon happens.

The eclipses and waxing/waning of moon have far too obvious effect on not just the Earth but also modifies the behaviour of biological beings in it from plants to animals to human beings. Since animals including human beings depend on light for their movement as well as circadian rhythm, the availability of 'intense' light during full moons modifies their sleeping patterns (circadian rhythm) and behaviours. Even plant behaviour changes due to lunar cycles (2).

Our ancestor's observed that these movements of luminaries impact the happenings on earth.

They observed that rain even in a monsoon, rains seem to depend on moon's motion and the tidal forces.  They also understood that halos around sun and moon are caused by ice-crystals in atmosphere reflecting light and hence they also indicate rainy/humidity conditions. They understood that color of the sky in the morning indicates the 'pressure' and water content and in the evening indicate the amount of dust in the sky.  Thus all these indicate different weather conditions. They found this knowledge could be used for cultivating or harvesting crops and flowers which dependent on weather or monsoon.

They observed that animal movements, plants growth/reduction are either dependent on celestial events like eclipses or cyclic in nature correlated with planetary movements or somewhat dependent on lunar /planetary conjunctions.

These observations and analysis were all performed by a jyotiSa. But a jyotiSa was not limited to understanding and inferring only from the luminaries. The impact of luminaries is only one part of input for jyotiSa.

A jyotiSa studied the shapes of clouds, dust-storms, formation of rain-bows, thunderbolts,  behavior of animals like deer, dog, birds, motions of wind, growth of plants. trees, moles in the body etc.. These are wide variety of subjects from animal behavioral science to meteorology to human anatomy to botany and correlated them with luminary impacts.

A jyotiSa was expected to define what ceremonies can be done when correlating all the above information. For eg. in an act of war, a jyotiSa was expected  to interpret the language and gestures of fighting men, learned in policies like Sadguna (six techniques used in war) and upAya (strategies associated with war) correlating and based on the different kinds of data that jyotiSa collects, from movement of luminaries to human psychology to geographical terrains to weather conditions.

jyotiSa was expected to infer the success or failure of an undertaking of war by king, by having the knowledge of favorable halting places for King's army, must know when to employ ministers, spies, messengers and tribals in warfare, be able to give directions to capture enemy's fortress.

What a jyotiSa did in the modern parlance was 'Predictive Modelling'.   Use data from different sources of knowledge, correlate them, create new models of working, use these models to extrapolate/infer future course of events. The 'models' need to be redesigned or evolved periodically as the knowledge of various items improve. There could be several competing models with different weightage for different items and based on the environment and feedback, the models are fine-tuned.

Another example is , as biological beings evolve, their impact on planet Earth becomes more pronounced. In the modern times, human activity is greatly impacting the planet earth from vegetation coverage to dwindling water bodies to air pollution.  This means that the models that infer/predict natural events alone based on planetary, solar, lunar movements no longer hold good. This applies not just to human beings, but also any biological activity that can impact Earth. Since biological activities learn and evolve, which is like the rules of the game keeps changing, exact predictive modelling of natural events only based on motion of luminaries alone becomes impossible.

jyotiSa was considered a 'veda-anga' or part of Vedic scriptures because is was a predictive modelling tool that correlated multiple dimensions to make inferences/extrapolations/predictions for the future course of events and give us advanced warning of impending dangers.

A king was supposed to have multiple jyotisaas as one jyotisaa will not be able to cover all dimensions of knowledge.  Hence atleast 4 or 5 jyotisaas in discussion amongst them from multiple dimensions analyzed and concluded inferences which were given to a King.

Now this is what varAha mihira's brhat samhita defines as jyotiSa (3).

As it happened with our Vedic scriptures, this predictive modelling tool with multi-dimensional knowledge and its correlatiions, descended to prediction based on existing models that were devised at one point of time and further went down to 'foretelling' based on guts/instincts and further down to outright quackery in the name of jyotiSa.