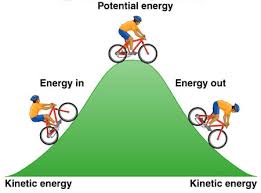 Chandra-atri or Soma being a son of Ati symbolizes the predominance of baryons post Atri. Datta-atri symbolizes the more 'benovolent' weak interactions in an Universe where rate of weak interactions fall down below a level due to expansion of Universe. Dur-vAsa are excited matter states that reside longer than before Atri, but cannot reside longer in the state and return soon to original states.

Vasistha is the exchange of virtual gluons between the quarks in confinement.  The gluon field between a pair of color charges forms a narrow flux tube (or string) between them. Because of this behavior of the gluon field, the strong force between the particles is constant regardless of their separation (8).

Therefore, as two color charges are separated, at some point it becomes energetically favorable for a new quark–antiquark pair to appear, rather than extending the tube further. Thus as more energy (excitation of gluon field, kAma) goes into the gluon fields, they start producing (dhenu) quark pairs. This is the kAmadhenu of Vasistha.

Pula is horripilation.   Horripilation is erection of hairs on skin due to some energy interaction (cold/fear, excitement). When energy is added to any matter forms made of atoms, they 'horripilate', as atoms either rearrange themselves or move around or get excited in some form.

Pulaha, the Rishi or symmetry breaking event is this addition of energy to atomic matter causing horripilation/excitation of atomic matter forms. The energy added/excited can be in the form of potential and/or kinetic energy in matter.

The energy added can be used for 'endurance' of the atomic matter in the same physical space which is then called potential energy.

It can be used for motion of atomic matter which is then called kinetic energy. These two properties are depicted as Pulaha's wives.  They are kSama (enduring/potential) and Gati (motion/kinetic).

The forms of Potential energy - Pulaha's sons through Ksama

When work is done on any system, the pressure * volume of the system changes occupying the three dimensional space.

Urvarivat - The 'fat' in the system, available energy

The manifestation of potential energy as available energy is Urvarivat. It is the 'fat' in the system that can be tapped. It is the Gibbs free potential of a system. Urvarivat means being fatty.

The forms of Kinetic energy - Pulaha's sons through Gati

Pulaha's sons through Gati are  KarmaZrestha, variyamsu and sahiSnu. The 'Kinetic energy' in any system manifests as
1. Mechanical energy
2. Radiant energy
3. Thermal energy.

Mechanical energy is energy in the 'motion'. It is called 'Karma ZresthA'. The best-in-class of any Karma or action is physical movement/motion. This is the mechanical energy.

Pulaha is said to 'father' kimpurusha. Kimpurusha means 'Are they purusha'..? It is used to denote those that are in-between Purusha and Prakrti.

Kimpurusha as scions of Pulaha (energy in atomic matter forms) are the 'black-holes'.  They are neither part of Purusha, the 'dark matter', nor part of Prakrti, the perceptible matter. As more and more energy builds up at a point in spacetime, it tends to become a black-hole or 'kimpurusha'.

During dakSa Yajna or 'Reheating epoch', the 'testicles' of Rishi Kratu is knocked out. It means Rishi Kratu, the quantum tunneled interactions cannot produce offsprings.

The reheating leads to Quark-Gluon-Plasma, which is called 'mrta-anda' or the 'Dead Egg'. This could not evolve further as no evolutionary interactions were possible in the Quark Gluon Plasma.

For eg. our sun fuses hydrogen to produce helium and releases energy in electromagnetic spectrum in that process. But protons are positive charged and repel each other. In reality our Sun is not so massive that the electrostatic repulsive force is overcome by gravity.  Yet nuclear fusion runs in the sun.

These kind of numerous quantum tunneling interaction during nucleo-synthesis that overcome the electromagnetic repulsion are called the 'bAla-khilyas'.

'bAla' means young. 'khilya' means a mass or hump. bAlakhilyas are quantum tunneling interactions of these young/small humps or particles with mass (like proton, neutron) during nucleosynthesis. Hence bAla-khilyas are said to hang around the chariots of Surya (nucleosynthesis process).

bAlakhilyas, the quantum tunneling interactions that overcome electromagnetic repulsion are described as young pygmy/short sages because they are short ranged.

bAlakhilyas,the qauntum tunneling interactions that overcome electromagnetic repulsion are described as hanging upside down, as they overcome the natural order of repulsion between like charges and fuse the protons.

bAlakhilyas play a very important role in the stellar nucleosynthesis of most stars like our sun, as they create the fuel for larger nuclear fusion.

Hence Kratu is defined as 'intelligence'.

The bAlakhilyas, the quantum tunneling interactions of particles with mass that overcome electromagnetic repulsion are helped by Garuda.

Garuda is the rest-mass energy of particles.