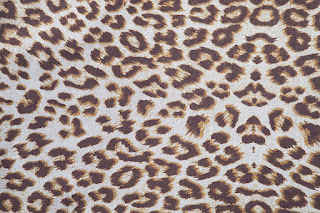 I described the Sons of dakSa (haryazavas and savalazvas) and daughters of dakSa through prasUti (2).

The haryazavas and savalazvas are energies of strong and electro-weak force-field caused by dakSa, inflation potential. The daughters of dakSa through prasUti are those properties of force-fields brought out (pra-sUti) by dakSa.

Before I describe the daughters of dakSa through aSikni, let's see who the 'maruts' are..

In the quintessence model, there is a eleventh force-field, which is the dark energy scalar field.

These ten force-fields produce their 'putrA' or 'offsprings'. This putrA or offsprings due to the reception of this 'lifting up' energy ('Ananda'). This is explained here (3)

pRSni - The quantization of energy

The quanta of these force-fields, the rudra are the 'Ma-ruts'. Thus Ma-ruts are particle manifestations. Ma-ruts means 'Don't vibrate' or 'Dont cry'. Since these are quantized energy levels, they are said to be 'not-oscillating/vibrating' and called 'ma-ruts'.

Ma-ruts are depicted as 'Children of Rudra and pRSni'.   Ma-ruts are depicted as having 'Spikes' because they are the discrete energy peaks of the quantized energy distribution. They are said to be associated with or being sons of Rudras/force-fields because they are the 'quantized' energy distribution of Rudras (force-fields).

Those that arise from tuSti are called tuSitas. The tuSitas are 'bosons' in modern parlance and are 'force-carriers'. The Pusti are the 'fermions' with half-integer spin.

Sura are the Quarks (4). Sura ganas are the sets of quarks (Baryons like Proton and neutron, Mesons like pions).  The cosmic evolution (Yajna) leads to these baryons and mesons, when the tuSitas (integer spin particles) become blended/mixed  lead by mArici Rsi.

The quantized energy distribution or quanta, the particle manifestation of 'integer spin' force-fields is totally blended with other particle fields (of fermions) as the tuSitas/ bosons have 'integer spin' property allows any number of them to occupy the same quantum state (space) and hence they get mixed/combined with other fermionic particles.

In total, there are 14 fundamental force-carriers or tuSitas or Bosons. They are

Of these the Higgs field and Quanta of Dark energy scalar field existed from the start. They are supposed to be in the 'North' or on the 'Top' (Uttara).

The other 12 evolved during the Cosmic evolution which is the 'Yajna' or 'sacrifice'. Yajna/sacrifice is said to proceed south/downwards (dakSina), as the force-fields breakup one after another, interact and evolve the particles of the Universe. Hence other 12 are depicted as Sons of 'Yajna' (Sacrifice or Cosmic evolution ) and dakSina (Southwards).

These 14 tuSitas are the 14 'maruts', the 14 force-carrying, quantized energy levels of different force-fields.

There are 49 half-integer spin quanta or particles. They are

Maruts as children of Diti

Diti, the wife of Kashyapa produces the daityas (5). Soon daityas lose their power.  Diti wanted to produce an Indra. Then diti produces 7 babies prematurely which then becomes 49.

When Diti produces the 49 babies, they were crying. But Indra asks them not to cry (ma-rut) and hence these babies are given the name marut (ma-not, rud- cry).

Diti is the 'destructive' energy of Weak force-fields (5). Daityas are the energies of the 'Weak bosons'. The weak bosons become massive and become 'weak' in the range they operate.  But in the high energy density of early Universe, daityas, the weak bosons rule the Universe, irrespective of their mass.

Slowly as the Universe expands, the high energy density comes down.  The weak force produces 7 particles which then become 49.

Thus 49 'quantas' of fermionic particles come to exist in the Universe. These fermionic particles exist in terms of three quarked 'baryons' (Indra) of various flavors in the high energy Universe. Since the energy distribution is quantized in the force-fields (ma-rut), they interact with each other and become baryons. Hence Indra is said to have told them 'ma-rut' or don't cry.