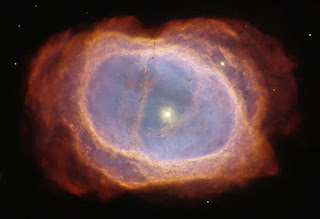 zrotram, the hearing of the baryonic acoustic oscillations by baryons clump up the matter differently in different directions, bring up anisotropies (direction dependent) of matter. Thus in an universe with otherwise no direction or diSa, the anisotropies of matter caused by 'zrotram/hearing', bring in 'diSa'.

How did this Stri, the vacuum energy, filled the force-fields with energy..? How did the prANa come into being..?

In Standard Model, we can find these ten force-fields or the Rudras.

The eleventh according to Brhadharanyaka Upanishad is Atma (1), in itself that manifets as a Rudra or force-field that binds all the manifestations. This the eleventh force-field.

11. Manas- Atmanas - The 'field' that binds all manifestations.

Manas is invoked as 'Ananda'. Ananda is the 'energy' that lifts in an everlasting way. It is translated as 'bliss'.


Emperor, manas is Anandata or this process of lifting the energy everlastingly.

In Quintessence Model (3), there is this scalar field that 'lifts' the energy levels of other force-fields everlastingly. It is called the 'dark energy scalar field'.

Manas, the dark energy scalar field pervades all the force-fields and vacuum energy. In that way it binds all manifestations together.

Stri is the vacuum energy, the energy in vacuum of spacetime. It is hidden and internal. The Rudras or force-fields of the Universe are the external forms or rupA of Stri, the vacuum energy.

Manas certainly is captivated/seized/robbed off by Stri. Therefore in every rupA, the putrA are born.

Every 'external rupA of Stri' or 'force-fields of vacuum energy' produces 'offsprings' or 'putra' because Stri, the vacuum energy captivates/seizes/invokes the 'manas', the dark energy.

The 'womb' (Hiranya-garbha) of Universe

During the cosmic inflation epoch, the dark energy scalar field expanded greatly (Why and How it happened in another blog), creating 'space' with vacuum.  Visualize it as the dark energy expanding suddenly on all sides leaving out an empty space in-between.

The Universe can now be visualized as  a 'swarm' of vaccum energy inside an ocean of slowly expanding dark energy.    The dark energy interacts with vacuum energy, causes excitations in the force-fields and establishes radiation and matter particles.

This ocean of dark energy inside which vacuum energy, radiation and matter particles and beings evolve is the 'Golden womb' or Hiranya-garbha. This Hiranyagarbha is the four-dimensional 'spacetime' of the Universe or the 'Womb'  of the Universe.

Manas is the dark energy scalar field. There are ten other force-fields. These ten force-fields  or rudras are the forms or 'rupA' of vacuum energy (stri).

These ten force-fields  interact with dark energy (manas) and produce their 'putrA'. Of these ten, only the Higgs field is like a condensate that impedes the energy flow. The electromagnetic field contributes to radiation. The quark, electron, neutrino, higgs, dark matter, weak, strong forces contribute to matter particles.

The spacetime or womb (Hiranyagarbha) that started accelerating its expansion is called 'Brahma'. Brahma means expansion. Since it is caused by Higgs interaction (Vishnu) with other particles, Brahma is said to be borne from the navel of Vishnu. More on it in the next post.

These nine force-fields (except the Higgs) can be visualized as 'sucking' or 'feeding from' the energy of dark energy scalar field and growing particles, like embryos that attach to the womb and grows.

When they do so, they 'bend' or 'warp' the expanding spacetime/womb, towards them, causing the spacetime or the womb to curve. This warping of space or contracting the space by force-fields is perceived as the 'Gravity'. Thus the energy in force-fields is said to bend spacetime and cause gravitational warping.

The warping of expanding space or gravity or Brahma in turn becomes the 'creator' as it brings force-fields closer, make them interact and create new 'matter' particle manifestations. The bending of spacetime or gravity also leads to various stellar nucleo-synthesis processes, newer molecular clouds and eventually to more complex form of matter and living beings.

The accelerating expansion of Universe

How did the Universe's spacetime started accelerating its expansion..?

When Higgs started interacting with other force-fields, it created the property of mass in these particles. It also resulted in acceleration of expansion of Universe's spacetime.

How did that happen..?