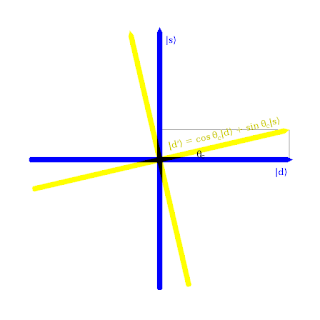 Atman establishes Purusha and Stri. The empty space is filled with Stri. Stri are background oscillations of energy that fill the vacuum.  Purusha is the 'dark' component (dark energy). On top of the stri that fills the vacuum, brahman manifests first.

The Atman manifests as Izvara, the virtual binding between all manifestations, make them interact and evolve. But for evolution, this binding has to be between independent 'self'. It cannot be like a domesticated cattle which becomes dependent on manuSya.

The process of evolution embedded in Stri, then evolves kSatra (Energy/power) , Vizam (dwelling/mass)  and Zudra (physically nourishing).  This is how the social classification of humans into Ksatriyas, Vaizyas and Zudras evolved. Let's see how it happens in these slokas.

Brahman manifests first alone. But that 'one' does not flourish.

Therefore nothing is higher than kSatra.


With these the Yoni of Ksatra which is brahman. Therefore, even though the rAja attains supremacy, the Yoni of that 'self' clings onto/leans on the brahman inside

which those destroys itself reaching upto the Yoni, with that papa manifests, like/as if the best/leading property is destroyed.

The best of ksatra are the Indra, varuna, soma, rudra, parjanya, yama, mrtyu isana etc. If the 'brahman' is destroyed, the best of the ksatra get destroyed.

To destroy them, the destruction of the 'Yoni' which is the 'brahman' has to happen.

Brahman manifests first. Ksatra manifests on top of Brahman. The excellent of ksatra are Indra, Varuna, Soma, Rudra, Parjanya, Yama, Mrtyu, Isana etc.. Brahman is the foundation inside. Ksatra is the splendour/glory inside.

Brahman, the process of evolution is by which kSatra multiplies or produces more of it. So if the Yoni of kSatra, which is  the brahman, the evolutionary process is destroyed, then kSatra will not multiply and will get destroyed.

kSatra is translated as 'power'. Power is energy divided by time which means energy applied in a specific period of time.  kSatra is thus Energy.

Energy multiplies through evolution. If evolution stops, energy is gone.

Hence the group of people who have energy/power and  govern the evolution of their societies are called kSatriyas.

With that also did not flourish, the dwellers were born, that are known to create groups/sets of devas, the Vasu, Rudra, Aditya, Visvedeva, maruts etc..

In essence, 'dwelling' or 'residing' of energy, which is 'mass', creates groups of matter particles or production of various matter forms.

Hence those who create/provide materials (agriculture, traders) are called vaizyas, those that derive from vizam (dwelling). Vaizyas provide the materials for a 'resident' society (in comparison with nomadic society).

Then hadronization happens in Universe. The principle of pUsan is hadronization. pUsan is the energy of the sea-quarks which surround the valence quarks of a hadron. It is where most of what is called QCD Binding energy exists.

pUsan, the energy of sea quarks is the most massive part of a hadron. But it does not contribute to the characteristic of the hadron as the characteristics are determined by valence quarks.  The Pusan, energy of sea quarks do not even contribute to the interactions of a hadron. They are very vital nourishers in the sense they give the 'mass', but not contributing to information or energy of a particle. This part is the Zudra.

Hence those who do contribute to information or evolutionary interactions, but nourish the society with their 'mass'  are called Zudra. Zudra are labor.

With that too, it did not flourish. The excellent form of dharma was born.

Those that power/energy (Ksatrasya) is powered by the dharma, therefore there is nothing supreme to the dharma.

Then by dharma weak trusts/assigns to the strong, like by the king

Dharma is satyam/existence/truth, therefore one who expresses/speaks the existence, speaks the dharma, Speaking dharma is speaking existence, these both manifest.

Dharma are the laws of Universe. Following hadronization caused puSan, the energy of sea-quarks in the QCD binding energy, which nourishes the hadrons,  laws of the Universe manifest.

The process of evolution embedded in Stri, then evolves kSatra (Energy/power) , Vizam (dwelling/mass)  and Zudra (physically nourishing) one after another.

Vizam means those that dwell. When energy 'dwells' (impeded by Higgs field) it becomes 'mass'. Those that dwell becomes groups/ganas. Particles with mass interact and become 'sets' or groups.

Zudra are those that nourish by their physical prowess.  pUsan, the energy of sea quarks is the most massive part of a hadron. But it does not contribute to the characteristic of the hadron as the characteristics are determined by valence quarks.  The Pusan, energy of sea quarks do not even contribute to the interactions of a hadron. They are very vital nourishers in the sense they give the 'mass', but not contributing to information or energy of a particle.

After the hadronization, the current laws of Universe comes into existence.

The social classification of professions arose from this classification of Universal evolution. Universe's process of evolution embeds the evolutionary zeal inside of all manifestations, evolves different types of energies that facilitate interaction, massive particles that form larger and larger 'sets', energies that do not facilitate interaction, but nourish by their physical presence.  The laws of Universe evolve on top of this.

The Universe's evolution has

At all times human social evolution will have
1. Knowledge providers - Brahman
2. Providers of energy that govern the society, societal interactions and services -kSatriyas
3. Providers of goods/materials - vaizyas
4. Providers of physical labor - Zudras.

The human social evolution mimics the design pattern of Universe's evolution of matter.