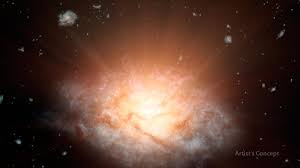 The concepts of Atman and Brahman is referred to in the Vedic texts, but are elaborated more in Upanishads.

The attempt to Understanding of Upanishads lead to several vedantic philosophies.  But it also meant torturing the text at times or selectively leaving out some of them (1).

My understanding is when I see Vedas and Upanishads in the framework of Universal evolution as defined by science today, the translations fall in place very easily without having to torture them. This does not mean in any way that I am alone right. This is an attempt which I would like to subject to rigorous reviews and get feedback.

This post is a summary of my understanding from Brhadharanyaka, iSa, Mandukya upanishads and samkhya kArika as well as Rg Vedic slokas, as I understand and translate them. All of them say the same without any difference.


Universe and Human being

The overall concept is Universe and Human being can be modeled on the same design pattern. That design pattern is called saMkhya, which is described in saMkhya kArika.

When we observe ourselves or others, Our thoughts and actions seem to build up on each other and continuously. Though our thoughts and actions may seem to originate randomly,  we perceive them progressing in a particular direction that leads to their building up one over another and their evolution.  But we can't identify or locate what drives that building up and evolution. We term this virtual entity as 'Manas'. 'Manas' is mind. Mind is something which 'virtually' exists in us.

We perceive Manas as an entity, but a virtual entity.  It is virtual because it can't be located in a place or identified. It is entity because we perceive its existence within our body and as something that drives our thoughts and actions.

As we observe the evolving Universe, we observe the matter forms and thermodynamic processes build up on each other and continuously evolve.  The matter forms and thermodynamic processes, though seem to be random happenings, have progressed in a particular direction that has lead to our evolution. But we cant' identify or locate what drives this evolution of matter forms. We term this virtual as 'At-manas'. At-manas means extreme manas or extremely virtual.

We perceive At-manas as an entity, but a virtual entity. It is virtual because Nasadiya Suktam says that it can't be fully known or at best partially known. It can't be identified or located. It is entity because we perceive its existence within the Universe and as something that drives the evolution of matter forms and thermodynamic processes.

This Atman manifests in the Universe in two ways. It manifests as the Universe's Buddhi and Karma, its physical forms and processes.

The physical manifestation of Atman in the Universe is the 'Buddhi' or 'Mahat' or 'Energy' manifestation. Atman manifests as 'mahat' or buddhi, which is nothing but energy.

This energy evolves subsequently into different matter forms.  The various forms of energy and matter in the Universe is the 'Information content' or 'entropy' of the Universe. Hence this is the 'buddhi' or 'knowledge' of the Universe.

Atma's physical manifestation in the Universe is in the form of  energy. There are five energy forms (five Buddhi Indriyani).  The energy forms or buddhi indriyani are 'mere' observations or mere 'forms, like our senses (Sloka 28 of samkhya kArika).

In Universe, they are the Electric, Magnetic, Chemical, Kinetic/Heat and mechanical energy. These energy are mere 'forms' of energy.

In Humans, they are the five senses of Speech, hearing, Taste, Touch and Sight.

Brahman or Evolution is the process of birth. Brahman literally means expansion (2), expansion into newer forms of matter and biological beings, which we call now as 'Evolution'.

Brahman happens/is seated first, that 'manifestation of Atma' (AtmAnam) knows, that brahman is in 'Self' or 'inside'; therefore all that take birth.

When does something take birth..? When brahman is seated in it, when it knows the 'brahman' inside or in its self, then that takes birth.  This is same for RSi, deva, bhuta and even the manuSya.

Thus Brahman is the one that drives this process of birth, which is the expansion, which we today call 'evolution'.

Atma's process manifestation in the Universe is in the form of  evolution, the Brahman.

In Universe, the process forms or karma indriyani are actual 'work' done, which are the five thermodynamic processes like Adiabatic, Reversible, Isobaric, Isochoric and Isothermal.

The eleven Indriyas of saMkhya

The first of Indriya is the Atmanas or Manas, which saMkya counts as Indriyan (Sloka 27 of saMkhya kArika).

The Atmanas or manas, the first Indriya manifests as the ten other Indriyas, thus making it eleven Indriyas.