An analysis of sabda and vAk - Part 9 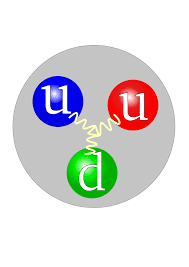 Sabda are simply oscillations. vAk is the design pattern of Universe.

The physical manifestation of Atman is Energy of the Universe (2). This is the 'Mahat' or 'Buddhi' of Universe. There are five 'forms' in which this Buddhi physically manifests. They are Electric, Magnetic, Chemical/Electromagnetic, Heat and energy in physical movement.

Atman uses thirteen instruments/tools in the process of evolution. They are the 'karaNa'. Karana means 'instruments' or 'tools' by which Karma/actions are done.

The sloka 32 of saMkhya kArika says

The karaNas are thirteen that consume/absorb, bear/maintain and emit/radiate. Explicit actions (kAryam) of the ten are the consumed, maintained and emitted.

There are thirteen instruments or tools by which Atma consumes, maintains and radiates. Out of these thirteen, ten are those that are the consumed, radiated and  'held'. These ten are the subject of external or explicit actions.

The actions of consumption, radiation and maintaining are performed by these thirteen tools/instruments. Ten instruments tools perform these actions explicitly.

Atman has three internal instruments/tools in evolving the Universe, which is not perceivable externally, which remains the same across past, present and future.  These are the three antaH-karanas.

The first of the antaH-karanas, the internal instrument/tool is prakrti or the Citta (1).

Aham-kAra is what we call as 'Ego' in a human being. This 'sense of self', the ego, makes a human being what they are.

Prakrti or Citta and Aham-kAra the well known antaH-karanas. The vedantic philosophies often use only two antaH-karanas though saMkhya kArika specifically says there the three.

What is the third antaH-karaNa..? Before we see that, let's understand the bAhya karaNa.

The ten tools/instruments/karanas of Atman are called the ten Indriyas.

Indra is the binding energy that causes the proton (4). 75% of all Universe is filled with 'Protium' which is an atom made by electron surrounding proton, more popularly known as Hydrogen (H1) atom.

Proton is the first to form stable matter in the Universe. From the proton fusion with neutrons, more complex nucleus , more complex elements, complex compounds, chains of molecules and living beings evolve.

This can be visualized as energies and methods that accompany Proton or work on Proton, to evolve from a single proton to the vast, complex matter forms of the Universe.

These energies and methods (Indriyas) are the external tools of Atman. They are bAhya karaNas.

The ten Indriyas (3) as seen earlier are

saMkhya talks of eleven sattvika in which it talks of the ten 'Indriyas'. The Eleventh one is the 'Manas' or At-manas (1).

saMkhya describes this Manas or Atmanas as another 'Indriya', the eleventh one.

There (in sloka 26 it was talking about Indriyas and hence it refers to the Indriyas), both manas and Atmanas determine the Indriyas and their homogeneous functioning.  Different combinations of gunas evolve different external forms (of matter and beings).

Atmanas by becoming the eleventh sense organ determine the homogeneous functioning of the energies and methods (Indriyas). It causes the various combinations of gunas which leads to external differentiations of matter and beings.

Thus manas or Atmanas manifests as the eleventh sense organ or Indriya, because it guides the homogeneous functioning of other ten Indriyas (energies and methods) and causing the evolution of matter and beings.

In classical thermodynamics, manas is the property of mass that underlies all particles that evolve in the Universe.
In Human beings, manas is that makes a biological cell to function as a cell. It is the sum of citta, buddhi, ahamkara that drives the actions of a being.

This eleventh Indriya, the Manas, is the third antaH-karana.

In the 'astik' model, this manas, the property of mass is Vishnu that rules all 3 worlds and Shiva is the Energy.