An analysis of Sabda and vAk - Part 8 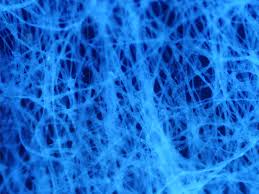 In the last 2 chapters of An analysis of Sabda and vAk (3), I had described the 7 parts and 19 faces in Mandukya Upanishad.


The 24 principles of samkhya kArika

Samkhya kArika talks of 24 principles of the Universe. They are

Sometimes saMkhya is said to have 25 principles including Purusha (4).

The seven parts of Mandukhya

The 24 principles of saMkhya can said to be organized into seven physical manifestations, as described in Mandukhya Upanishad (3).

The above 7 parts are physical manifestations in the physical Universe.

The Five 'tanmAtras' are 'properties' of the above physical manifestation. 'mAtra' means 'measures'. tanmAtra can be translated as 'those measures' and is not counted as one of the 'Anga' or 'Parts' as they are properties of the 'Parts'.

Pra-krti means the first creation. Pra-krti is the 'Stri' as described in Brhadharanyaka Upanishad Sloka 1.4.2 (1).  Pra-krti or Stri is the Background quantum oscillations or the energy that fills up the vacuum.

Prakrti which I translated (1) as 'background quantum oscillations' of Universe is the 'Citta' or simple thoughts in a Human being.

'Cita' means collection/piling up/heaping up etc. Cita -agni  is pile of agni  or funeral fire. A thought/thinking is a 'collection' or piling of neurons.

A thought is a pile of nuerons (Cit) connecting with some purpose. Cit-ta is that specific thought or idea that is visible/noticeable.

This idea is re-inforced by Chaitanya when he says in Madhya lila 21.55

The Universe is the Cit-sakthi, the power/potency of thinking of the Atman. The three fourths of which is hidden (dark) and one fourth is what we observe (visual matter).

This means the entire Universe including Purusha and Prakrti are the Cit-Shakti, the thought process of Atman.

Samkhya kArika sloka 63 also talks about the seven forms/parts of its 24 principles, in this way.

There are seven forms by which manifestations of Atma bind from Atma to Prakrti.  They are Prakrti, Mahat, AhamkAra, Pancha-bhuta, Buddhi Indriyas, Karma Indriyas and Atma.

When manifestations of Atman get liberated/dissolve they all return to just one form, the form of prakrti.


In Universe parlance, with the energy filling the space/vacuum, with the background quantum oscillations, different manifestations of Universe get bound. When that binding is removed, the manifestations no longer exist and they dissolve in that empty space.

In Human parlance, with the thoughts, different manifestations of human body (buddhi and karma indriyas) gets bound. When that binding is removed, the manifestations  (the indriyas) no longer exist and they dissolve into that thoughts.

When thoughts don't control our body, we just become a bundle of thoughts.

The Mahat as Buddhi

saMkhya kArika says 'Mahat' is what comes from Prakrti.

In Human parlance, Mahat is simply buddhi, the knowledge that arises out of thoughts.

aham-kAra is that makes (kAra) an 'aham' or 'self'. It is the minimal energy that gives an identity to a living being or non-living object.

It is what makes every classical object/system as it is. In classical Universe's thermodyamics, it is the Internal energy that makes a system.

In Human beings, aham-kAra, that makes the self is identified with 'Ego'. In reality, it is equivalent to internal energy of matter forms.

They are principal because they exist naturally.

The common five properties or measures of all the five states of matter or pancha-bhuta are Mass, Velocity, Pressure, Volume and Temperature.

For a detailed discussion on these three, please refer to (2) and (3).

The seven parts and nineteen 'faces'

For Universe, they are

The above seven gross/sthula  parts  have nineteen facets or faces. They are Five of the Bhutas, Five of Buddhi Indriyas, Five of Karma Indriyas, Manas, AhamkAra, Mahat and Prakrti.

The above 19 becomes 24, when the five/pancha tanmAtras which are properties or 'measures' of the seven parts.

For human beings, the the Seven parts and nineteen faces becomes

The above seven gross/sthula  parts  have nineteen facets or faces. They are Five of the Bhutas, Five of Buddhi Indriyas, Five of Karma Indriyas, Manas, AhamkAra, Buddhi and Citta (3).

The above 19 becomes 24, when the five/pancha tanmAtras which are properties or 'measures' of the seven parts.