An Analysis of Sabda and vAk - Part 7 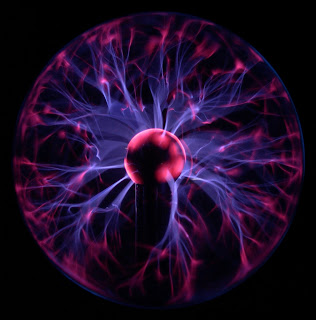 vAk is that expression. It is four-fold. The four stages of vAk in terms of human expression are Para, pazyanti, madhyama and vaikhAri.

This vAk is a 'design pattern'. This is applicable to both Human expression and Universe's expression.

Brhadharanyaka Upanishad says vAg is the 'prajna'. Prajna is the primary 'jnA'. 'jnA' is the knowing. pra-jnA is the consciousness. In Br. Up Prajna is the Consciousness of the Atman, which is expressed as the Universe. This prajna is also four-fold.

In terms of Universal expression, Prajna, the four-fold expression, which is the consciousness of Atman, evolve frombackground quantum oscillations in vacuum,  probabilistic quantum fields, deterministic classical particles as we see it, with evolution of new matter forms facilitated by 'virtual' particles (like virtual gluons, pions etc) across all three stages.

In terms of Human expression, vAg the four-fold expression, which is the speech of human beings, evolves from arising of thoughts, operating of vocal chords and production of speech, all facilitated by a  manas/mind across all three stages.

In terms of Human expression, Sabda are 'vibrations' or simply 'oscillations' in any range. Sphota are compression/expansion produced Sounds/words. Dvani are vibrations/sabda in the audible range. In terms of Universe's expression, Sphota is Agni, the energy in matter that evolves matter forms. dvani is the flame of Agni, which are the vibrations/oscillations of the matter forms.

vAkyapadiya deals with Human expression or grammar of speech in the light of Universe's expression.

Mandukya Upanishad explains the 'top-level model' of Universe as the expression of consciousness of Atman.

Brhadharanyaka Upanishad explains the Universe as the expression of consciousness of Atman in a detailed way.

Thse matter forms are what we observe. They are the 'sthula' or 'gross' matter form.  What we see outside in gross form of matter has seven parts and has 19 faces.

This is equivalent to the vaikhAri stage of expression. This is the classical universe that is outside our consciousness. Hence it is bAhis-prajna. Thermodynamics rules this classical Universe.


The seven parts of bAhis-prajnA

This Vaisva-Nara, the universal mortal matter is modelled in terms of a human body as 'bAhis-prajnA', which means that exists outside to our prajnA.

The seven parts in terms of Universe's expression are
1. The 'Virtual' that manifests in different forms in Quantum and Classical domains
2. Background Quantum Oscillations
3. Entropy
4. Internal Energy that builds on Entropy
5. Energy forms that add to Entropy
6. Thermodynamic processes that perform Work
7. States of Matter that make the Universal matter forms


The Seven parts and Nineteen faces

The 19 faces of bAhis prajnA

The seven part of the external part of consciousness of Atman are expressed in 19 different ways.

Next - 'Karana' from saMkhya kArika