Learning physics through vedas and puranas - 3 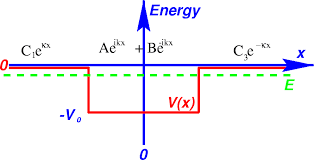 In the last 2 posts on Learning physics through vedas and puranas, here and here, I had talked about concepts of energy, entropy and heat.

Just after the Big-Bang Universe was a bundle of energy. The spacetime had not inflated then.

This cosmic inflation is the first 'Work' or physical movement done in the Universe. Some energy had 'worked' on the spacetime and physically expanded it.  Thus the Universe started with Ganapati, 'Work' done on spacetime.

The expanded 'spacetime' is the 'large' (lamba) 'womb' (Udara) in which the Universal matter evolution happens. It is where the past, present and future of Universe lies. Hence Ganapati, first work done in Universe is called 'lamba udara', the one who caused the large womb.


The next Work done in Universe

The next set of 'Work' is done in Universe, in formation of hadrons, nucleus and atoms.

All (Protons, neutrons, nucleus, atom) these 'work' on a common principle. The common principle is
This can be seen in the following example of electron binding with atomic nucleus.

Potential energy is the energy in the matter raised up (as in a hill) by virtue of position, charge etc, called pArvati (of the parvat).

This leads to formation of bound states, in which a particle is bound between two potentials. An example of bound state is 'atom' in which electron is bound to the nucleus. (1)

The reason why an atom formed without electrons spiraling into nucleus (and hence all the Universe exists today) is the 'nature' of the 'bound' state electron, in which it is forbidden to absorb or release any random amount of energy.


Work leads to a larger 'headroom'

In binding to an atom, the electron loses some of its identity. It is no longer a separate entity. It no longer acts entirely like an unbound electron. It can absorb and emit only certain specific amounts of energy (sometimes called quanta).

Atoms can absorb energy in any amount, but the electrons that orbit the atoms or atom fragments, which are no longer separate entities, cannot absorb any amount of energy. They only absorb energy in specific or “discrete” amounts. The reality of this was first expressed mathematically, in the case of the simplest hydrogen atom, by physicist Niels Bohr. He developed the mathematical expression that, in essence postulated such discrete behavior.

These quantities of energy (quanta) that electrons are allowed to absorb are associated with photons.  Photons are quantum units of Electromagnetic radiation. Those photons of Electromagnetic radiation that are in the visible to the naked eye are called 'light' and are associated with various colors of visible light that we see.


In short, electrons bound to atomic nucleus absorb energy in the form of Electromagnetic radiation in discrete amounts. This leads to some Work Done on the Electron and electron getting some Work energy.

This is the story of pArvati (potential energy) going to take bath (in a potential well).

As we saw earlier, pArvati is the potential energy of particles. When particles are in potential well (taking bath), any amount of energy (shiva) is not allowed to enter.

The electron orbits around the atomic nucleus are the 'Candra'. 'bAlacandra' are younger orbits or lower orbits.  The boy in the story is the bAla-candra (another name for Ganapati), the orbit in which electron currently moves around. Shiva is the energy of photons that tries to come in and are blocked.

That is the incoming energy has to perform 'Work' on the electron and in that process, the electron is broken from its orbit and moves to a larger orbit (larger head-room is created). The boy (electron orbit) gets a larger elephant head (larger orbit) to move around with increased energy.

The same principle is applicable in the formation of protons, neutrons and nucleus too apart from atoms.