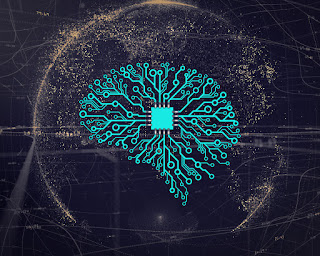 The possible micro-states matter can occupy is called Entropy. It is the ‘information content’ or ‘knowledge’ of any system made of matter forms.

Similarly when energy is added to matter/system, the vibrations of matter, which is the thermal energy of the system increases. But some part of the input energy also goes into increasing the possible microstates that matter can occupy. That is entropy also increases.

This perceivable /visible entropy/possible micro-states is the information content or knowledge or buddhi.

In thermodynamic systems, it is the residual entropy or residual information content at zero kelvin.

In Universe’s terms, the four-stage vAk, the expression of this whole Universe (Quantum Background oscillations, Quantum, Emergence of classicality and Classical world) start with residual entropy at zero kelvin. In biological terms, the human expression starts with consciousness.

In Universe’s terms, Buddhi is the information content or entropy above zero kelvin. In biological terms buddhi is the visible/perceivable knowledge that appears on top of consciousness.

If prajna, the residual entropy is the tree, then buddhi are the leaves.

In biological terms, as long as there is prajna, it can grow buddhi.

Buddhi grows by Vidhya, the learning

Buddhi, the entropy or knowledge grows by Vidhya, the process of learning.

In Universe’s terms, vidhya is process of acquiring new microscopic states or information content or entropy due to addition/subtraction of energy or expanding into space.

Brahman, evolution through Vidya and Avidya

Vidhya is learning. Avidhya is Un-learning.

While buddhi increases by Vidhya (the learning), brahman (the evolution) occurs by both Vidhya and Avidhya. Brahman, the evolution happens through the process of learning and un-learning.

In Universe’s terms, Avidhya is the process of losing some microscopic states or information content or entropy due to addition/subtraction of energy or change in occupation of space.

For eg. a gravitational collapse of a star. As matter collapses due to spacetime warping or gravitation, the possible states that it can occupy, its information content or entropy gets reduced. This is a process of Avidhya or unlearning. But this process of avidya or unlearning increases the thermal energy which ultimately makes it to break the electromagnetic barriers and causes proton-proton fusion creating far advanced elements.

In biological terms, avidhya is losing some existing information in such a way, the current barriers are overcome and newer evolution occurs. For eg. when sea levels rise, separating land-masses, biological beings have to unlearn some of their survival/energy consumption techniques and learn new energy consumption techniques in the process of adaptation, which leads to evolution of totally new species with new capabilities.

Un-learning or Avidhya is vital for evolution. What is un-learnt effectively determines evolution to new species, in both matter and beings.

The Intelligence of Atman

We, the matter and beings are the thoughts/knowledge of the Atman. This Veda/knowledge of the Universe, its information content, is of three types. They are trayi-Veda. The knowledge of Universe is distributed in Rca, sAma and Yajur. Apart from them is the atharvana. Refer (1).

This Brahman/Evolution, which is the evolution of matter forms/information/knowledge is the only reality to be seen in this Universe.

Hence kratu is also known as ‘intelligence’ of Atman as well as performance of Sacrifice.

Let's do this fantasy trip.

From thoughts of Atman, we the human beings with thinking capabilities and knowledge have evolved. We are Atman’s Artificial Intelligence in a way.

If so, what are the characteristics of Atman's Intelligence and how does it compare with our Artificial Intelligence..?