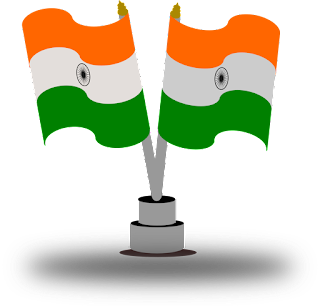 This sloka defines what a nation is, in a way. It is applicable for all nations of this earth and for all their people.

Yoga-kSemam- The concept of nation

This sloka gives a view into how a rAshtra was looked at, in those days.

A nation is defined by Yoga-kshemam, which means joint welfare of all its people. Those people who join together and work for their joint welfare are a nation of people.

The land of bharata is a rAshtra because the people who live in this land, irrespective of their race, ethnicity, religion, language or culture commit to work together for the joint-welfare of all the people.

The evolution(A brahman), the knowledge providing people (brAhmans), the power of knowledge (brahma-varcasa) Let there be born (jAyatam) in nation(rAshtra)
brahman is evolution and is different from brAhman who is supposed to further the evolution. brAhman is not a caste of people here but the role and hence brahma-varcasa (empowering knowledge) goes along with it.

Yosa here is ‘mare’ (in tune with Sapti, which is steed). It is wrongly translated as woman. Yosana is woman.

Summary of the Sloka

Let there be born the assembly of young and entrepreneurs

We desire We desire the rain of clouds, ripening of plants and trees.

Let our joint welfare (of society) be possible.

According to Brhadharanyaka Upanishad, brahman is ‘ati-sRsti’(1), super-creation, in which from lower order beings higher order beings evolve. In other words 'brahman' means evolution.

brAhman are those furthering that evolution. They are knowledge providers in every domain who help evolve the society to higher and higher levels of intelligence. They are scientists, researchers, technologists, teachers etc.

rAjanya means administrators. The Kings and the nobles were the rAjanya of the past. Currently the rAjanya are the political parties, bureaucracy, judiciary and the parliament. They are the ones's administering the nation. These need to have administrative skills.

YajamAna now invokes the picture of a 'boss' or proprietor or 'owner' or feudal landlord. But in the past world people who ran businesses were called instituters of 'sacrifice', which is a 'humble' and right way to indicate them compared to 'boss'.

The knowledge providers provide the society with ever evolving knowledge and technologies.

The entrepreneurs create long-lasting institutions which provide people with food, water and other amenities using the knowledge and administrative facilities/guidance provided by administrators.

The young ( physically, mentally) contribute to the society for their welfare as well as the welfare of the old, disabled and others who cannot contribute.

Ofcourse we need rains, vegetation and animals also to prosper in a society as they form the basis of prosperity of human beings at all times.

When all these join together, what results is Yoga-ksemam, the joint welfare of all people in a society.