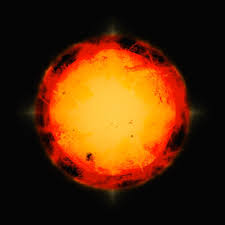 The four vedas of Universe

The matter found in the Universe, its entropy or information content or Veda of Universe is in four divisions. They are

The Yajur veda describes the evolution of complex matter forms as a ‘Yajna’, a sacrifice in which the ‘Rk’ are sacrificed.

Big Bang nucleo-synthesis or Stellar nucleo-synthesis are 'Yajna's or 'sacrifices' in which the Rk, the particles and forces at quantum level are 'consumed' to build more complex forms of matter.

If Yajur Veda is science, then how come 'rAshtra' in Yajur Veda 22.22 refer to a nation of people..? Does these translations (1) hold good then..?

The concept of 'rAshtra' in Universe

Evolution of complex matter forms from Yajna/sacrifice, say in a Star in Stellar nucleo-synthesis, is like a community prospering, a nation (rAstra) with yoga-ksemam, joint welfare. The concept of 'rAshtra' originates from this community of stars, galaxies and such stellar bodies.

rAstra indicates any community of matter and beings that work as a single entity and prospers with Yoga-kSemam.

For eg. our Sun is a rAshtra, a rAshtra of 'burning gas-ball'. It has hydrogen burning into helium in a community/rAshtra of particles. The Sun requires four things.

As long as one or more of these four are maintained, the sun will remain with joint welfare, yoga-ksemam. When it cannot, it will die-out.

The rAshtra of matter and beings

The rAshtra could be of matter or beings or human beings.  So the slokas often draw parallel with Universe and learn lessons from it for human beings.