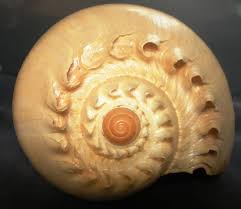 In the last blog I explained how 'foam' is the Scalar field, 'conch' is the spinor field, 'Chakra' and other weapons are the 'Vector' fields of the Standard Model.

Let's see about the excitations that arise from these fields in this blog.

Conch is the Spinor, spin-½ field.

The excitation of Spinor field or conch gives rise to a class of particles called fermions. All the Universal matter are made of fermions. Thus it is said that the Universe arises out of the ‘sound’ (excitation) of the Conch.
The fermions are of five types or five races. They are called the ‘Pancha Jana’ in Vedas. The pancha jana are
These are five races because each race has number of particles based on flavor, color and handedness.
Thus the fermionic ‘conch’, the spinor field, that gives rise to these five races is called ‘Pancha-Janya’, the Conch of Vishnu, the Higgs field.

Quarks and Antiquarks can also be classified further based on their ‘color charge’ which determines their interaction with ‘Strong force’ or Soma. Each of these quarks/antiquarks can be present in any of three ‘colors’.

Chakra is the Vector, spin-1 field.

The excitation of spin-1 vector field or Chakra gives rise to a class of particles called Bosons. Bosons mediate ‘forces’ and are called ‘force-carriers’. They deliver the forces to fermions and evolve the fermions.

Thus the various ‘Chakras’ or force-carriers are said to create/maintain/destroy and thereby progress the evolution. The sudarshan chakra that is most famous of the chakras is the ‘weak force carrier’ which decays all five races of fermions (pancha-jana).

The visualization of spin-1 vector as a ‘Chakra’ (apart from the 360* rotation leading a particle to be in the same state) is to capture the point that they are force-carriers. Visualize a set of wheels working together as in gears. Bosons mediate the forces similarly and deliver. (Remember its an analogy).

Conch, the spinor field, give rise to fermions. They obey Pauli exclusion principle.

It means that no two fermions (excitation of conches) can occupy the same ‘quantum state’ at the same time. This can be visualized as a ‘Conch’ can produce only one sound at a time. Two different excitations (sound) cannot arise from the same conch at the same time.

This means that two different bosons can occupy the same quantum state at the same time. This can be visualized like two wheels/chakras placed one over other, perfectly continuing to rotate 360*, due to their ‘circular’ structure and transmitting force from one place to another.

But these composite fermions can remain fermions with spin-½ (like Conch) or become the Chakra (Spin 1 Vector bosons) or become like foam (Spin 0 scalar bosons).

Asura are those that do not distil strong force. Hence they are not nucleons. Since asura, non-nucleons is a ‘wide name’, it would include leptons (electrons, positrons, neutrinos and their races) and mesons as well.

Let’s say multiple conches (spinor structures) are connected in a way that their ‘spinor’ structure are aligned at the mouth. Then different excitations (sounds) can arise from the same ‘conch’. Similarly multiple fermions can combine together and act like ‘bosons’ or excitations of vector fields, if their spins are aligned.

Examples of these kind of excitations are Vector / Pseudo-vector mesons which are quark-antiquark combinations, which act as vector fields with Spin 1. Nucleus of some atoms like deuterium are vector bosons with Spin 1.

Odd parity means their ‘mirror rotation’ is different from the asura particle. Such asura particles with Spin 1 and odd parity are called vector mesons/particles. They are in pairs (a particle distinct from its rotation). They are mithuna. Such mithuna, the Vector mesons with spin-1 or vector bosons are the rAkshasa.

Let’s say multiple conches (spinor structures) are connected in a way that their spinor structure are anti-aligned in such a way they totally close each other. Then such a conch can never produce any excitation. It becomes like a ‘scalar’ field (foam, frozen) giving rise to a scalar boson with a ‘fixed’ value.

Examples of these kind of excitations are Scalar /Pseudo-scalar mesons which are quark-antiquark combinations, which act as scalar fields with Spin 0. Atoms like helium-4 or nucleus of carbon-12 also act as scalar bosons with Spin 0.

Such spin 0 bosons that arise from fermionic fields are also called ‘Asuras’ as they do not use/drink Sura. Suras are nucleons. Asuras are non-nucleons.

Even parity means their ‘mirror rotation’ is same as the asura particle itself. Such Spin 0 particles arising out of fermions, but with even parity are called the scalar mesons/particles. They are the Yaksas.

Summarizing, fermions which act as Vector or Scalar bosons with Odd parity are Rakshasas, while those with even parity are Yakshas.

Rakshasas are ‘mithuna’ (two). Their mirror-rotation (reflection in mirror) is not equal to them. Rakshasas are thus like ‘nara’ (human beings) and are said as ‘sent’ to earth.

Yakshas when rotated in mirror (mirror reflection) look the same. Thus they are compared to ‘ghosts’.

Let’s say multiple conches (spinor structures) are connected in a way that their spinor structure are neither totally aligned or anti-aligned. Then they produce an Unique vibration (sound) which is different from a single conch, but also not multiple vibrations. These are called half-integer spin-fields (spin-3/2, 5/2 etc), which gives rise to composite fermions. They are called ‘Suras’.

Protons and neutrons use this Sura, the nuclear force and form nucleus of atoms.