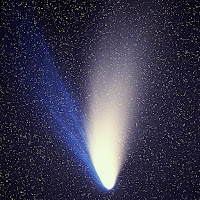 What is Diwali or Deepavali..?

Diwali or Deepavali is a festival of lights that heralds a new dawn.

Essentially in all places it heralds the birth of a new transformation that evolved them further.

In every place, it marks the movement away from oscillating stagnation to ever changing evolution.


Cosmologically, in my view, it heralds the dawn of a new Universe characterized by continuous evolution. This post is about seeing Diwali from a cosmological perspective.

Naraka is said to be son of 'Amrta' and 'Nrrti'.

Amrta is translated as nectar or immortality. I had translated it as the 'Higgs coupling' to particles (appearing out of force-fields) that gives them 'mass' and hence manifestation as 'matter' (1). Amrta in essence indicates the emergence of 'mass based matter' forms.

Essentially Naraka is a state of oscillation in which matter becomes energy and energy becomes matter again and the oscillations continue. Because of these oscillations Universe cannot evolve further.


But why do we get into the state of Naraka..? Let's learn from the Universe.

The Hadron and Lepton epochs - Naraka

There was quark-gluon-plasma in the Quark epoch where quarks and gluons existed separately(2). But they could not evolve. The Universe's was hot and its spacetime fabric expanding.

As Universe's spacetime expanded, Universe became less hotter heralding the hadron epoch in which quarks combined to form what are called 'hadrons' (baryons and mesons). But this did not last long.

The hadrons were born with their anti-matter (anti-hadrons) counter parts. The matter (hadrons) and anti-matter (anti-hadrons) pairs keep getting created and they keep getting eliminated by each other immediately in this epoch. Thus it was continuous oscillation between matter forms and energy in this epoch. As the Universe expanded, at some point the energy density fell to such an extent that it could not longer create hadron-antihadron pairs.

From there, the lepton epoch arrived. In this epoch, leptons (electrons, tao, muons) were born out of energy as there was less energy density compared to hadron epoch. The leptons were less massive than hadrons as they were born out of less energy. But these leptons were also born their anti-matter counter parts (anti-leptons). So they were eliminating each other once they were created. Thus the Universe was oscillating between matter and energy forms in this epoch again.

Thus the Universe was oscillating between annihilation and creation and the temperatures were high but dropping down as Universe's spacetime fabric expanded.

These epochs are the 'Naraka' epochs. Naraka is the 'hot' place where things don't evolve and keeps alternating between positions and hence stagnation occurs. In these epochs, the every matter form had a 'bias' (it was charged). These biases/charges were fighting with each other and eliminating each other.

As the Universe's spacetime expanded further, the energy density fell further that it could not even create these leptons. But then there were residues of hadrons and leptons that did not eliminate each other hanging out in the Universe. These hadrons and leptons were charged (biased) and hence were interacting with the photons (energy). This was a soup of energy with matter strewn in it, but not evolving further. There was stagnation.

The photons left this energy soup with matter strewn in it. The photons started travelling all over the Universe's spacetime. It is very much like the rays of sun, appearing and traveling all over the sky, without the sun being yet visible. It is the 'dawn' of a new epoch.

This leaving of photons and travelling all over the Universe heralded the dawn of 'matter epochs'. From now on, the matter started evolving into more complex forms. From atoms, it became elements, compounds, chains of compounds called polymers, large molecular clouds etc. These lead to evolution of stars, planets and biological beings including the human beings.

The Universe then became matter dominated, like the Sun dominates the sky in the day.


When we remove the 'biases', our spacetime gets lit with the knowledge we radiate or acquire. When we attain the state of neutrality or nirvana, then our knowledge lits up our environment.

The naraka /oscillating epochs were overcome by Krishna. Krishna-Balarama in my analysis were two of the prominent avatars of Vishnu. I had mapped them to the Higgs coupling to 'leptons' (Tau, Muon) (3).

The anti-muons draw the electrons towards them creating the first neutral matter forms. These matter forms are called muonium.

It could have been the Higgs coupling to Muons, the KrSna. It could be the production of muoniums in lepton epoch and the decay of muoniums that lead to production of more matter than anti-matter. The theories around it is called leptogenesis.

Thus krSna overcomes naraka, the oscillatory epochs and also could be the one who lays foundation for the evolution of matter dominated Universe. Hence KrSna is said to have slayed the Naraka.


The way krSna does it is making people leave their biases/charges, drawing to himself and making them neutral.

Knowledge is Wealth is Knowledge

When the biases/charges are left behind, when we become neutral, we acquire wealth, which is knowledge.

Thus matter forms of Universe are the wealth (Lakshmi) in Universe and their increasing wealth (entropy) is the knowledge of Universe.

Leaving off the biases is nirvAna

The birth of neutral atoms, elimination of bias is the 'nirvAna'. nirvana is the state of giving up. The giving up is the giving up of our biases (charges in case of Universe's evolution) and acquiring a neutral form (of matter or mentality).

Leaving off biases is new year

When we leave off the biases (charges), obviously a new dawn occurs, like it did in the evolution of Universe. Hence it is also the start of new year for some.

Deepavali - The festival of lights

The celebration of Deepavali is very old. It pre-dates almost all known itihAsa and puranic times. Hence I suppose that all other historical events got tagged to it, rather than Deepavali starting with them.

Naraka Chaturdasi marks the end of oscillatory epochs of Universe. The next is photons traveling all over the Unvierse's spacetime.  Hence the next day is celebrated as Deepavali, the festival of lights.

Deepavali is celebrated with lighting of lamps to commemorate the dawn of Universe, the dawn of matter epoch of Universe. It marks the leaving off our biases/charges, becoming more neutral, more knowledgeable, more wise and hence more wealthy too.

As long as we are biased/charged up, we are either going to be oscillating or stagnating. Leaving them off is the only way to evolve further. That's the true nirvana.


Happy Deepavali to all