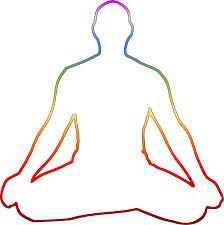 I had an interesting, thought provoking discussion with Sashank Sriram on my Vedic studies blog. I thought of presenting it for a larger discussion. While I may sound like dismissive of many spiritual practices, I just want to clarify that I am not. I am just presenting an alternative, rational approach which I believe was the approach of Rishis who were indeed scientists of their age.


Hi, I just read your blog on Vedic Studies and it is very interesting. You described the purpose of existence as the expansion and evolution of the Supreme Soul.

I just have some questions in mind and I would really like it if you answer it to me.If the purpose of the soul is to evolve continuously, until it reaches a state of absolute knowledge, then I understand
that the soul was immature at the beginning of the universe.


Is that what you meant..? What was in existence before the creation of the universe?

My Answer
In my understanding, Nasadiya suktam says the soul wanted to evolve and realize itself.. It 'self'..
Our universe is a result of that expansion/evolution of that supreme consciousness. The Atman or Supreme Consciousness, evolves into quantum world, force fields, thermodynamics, biological life etc wherein consciousness level evolves one after another.. As biological beings evolve with more knowledge and intelligence, it is more and more closer to that realization of the Self.

As consciousness level rises and rises and builds more and more, we move farther away from our starting point.
For eg., we have more knowledge, but less instincts than tribes that lived centuries ago, as we move far away from nature. But when we go deeper and deeper and have more understanding, we convert more of that instincts into higher level knowledge that can be analyzed and processed. Thus we are in the process of realizing our-selves.
Will the evolving 'Intelligence' of this Universe reach that goal of 'Self' realization..? I don't know..
So its like, you want to realize yourself.. You are not immature.. You want to know your 'self' because you are inquistive or just have a lot of time at hand, not worrying about day to day living...

You follow some rituals (say yajnas) rules procedures to attain that realization.. This is what is happening with that Supreme consciousness, in my view.
That Supreme consciousness is performing this Yajna. This Universe is a result of Yajna, a sacrifice, where one is sacrificed to build another and more complex beings. There are laws (dharma) and Order (Rta) that guides this Yajna. The result of this Yajna is our Universe.
Thus Atman, the Supreme Soul or Supreme consciousness, when it expands becomes brAhman (evolutionary soul).
Nasadiya suktam says what was behind these or before these cannot be known or only partly known.. Once we get into quantum world, this 'partly known' is the way of life. For eg, when we measure velocity or momentum of a particle in quantum world its position cannot be known at all.. It is because position does not exist, when we look at momentum.. If position is known, then momentum does not exist..
When we analyze matter, consciousness does not exist. When we analyze consciousness, matter does not exist.
Sashank Sriram
Thanks.........I would also like to know, because we cannot do everything in 100 years of lifetime, how is it possible to achieve that transcendental state? We are also not going to remember our past births, taking into consideration that reincarnation is true
My Answer
Our desire to realize our 'Self' derives from the desire of the Supreme Self to realize itself.
The desire of the Supreme Self resulted in our Universe being converted from a bundle of energy or consciousness (or whatever that was) into bundle of fermions and bosons and evolving further.The same desire manifests in us and takes us through different methods like meditation, Penance etc.
DhyAnam as a procedure makes our brain and body better and prepare ourselves to gain more knowledge. It is a wholesome exercise.
Tapas is 'heat' or 'thermal energy' is a measure huge 'motion or movement or hard-work of particles'. Tapas on anything is working hard to achieve it, exhibiting that energy.I think people have mis-understood these and created a big 'halo' out of them..

- that is my view.
Transcendental meditation helps. But a transcendental state helps only so far as it sharpens our intellect. It is not true realization.
Vedic philosophy is not giving up or achieving a state of 'Nirvana'. It is seeking more and more. It is evolving newer deeper knowledge in everything around us.
In my view we need to be like Rishis. Rishis were indeed doing what scientists are doing now. That is to 'observe' and develop knowledge. They did not give up anything. They were acquiring more and more in a sustainable way.We need to acquire more and more knowledge. More science more technology that helps us to understand nature better, use nature but does not destroy it.
If our seeking knowledge destroys nature then we will also be destroyed. So we need to evolve knowledge in a balanced way.
Universe is about grow or perish. Growing or evolving or expanding is Brahman. If there is no Brahman we perish. If there are wrong moves by us in that evolutionary path that stops the evolution, nature will destroy us and start afresh again.
Even our evolution is the same. Grow or Perish. We will perish if we are static. We will perish if we grow unsustainably. There is no other way except to grow but to grow/evolve sustainably.
Sashank Sriram
Are there other routes to accomplish this realization, in this highly complicated diverse world?
My Answer
In my understanding till now, Vedas see biological beings and their consciousness as an evolution of the Supreme Consciousness.
This is almost pretty much what modern science says except that science does not understand consciousness as it tries to identify or locate consciousness as a finite item. As I explained previously,

Consciousness is more a 'quantum' item which cannot be found at all, when the matter aspect is seen.
So the question is, to evolve sustainably to higher intelligence levels (real higher intelligence) is just science enough..?
While science is purely materialistic, vedas by describing this process as a process of evolution of consciousness, brings a balancing perspective to it..I would say we need to explore more and understand our vedic roots, which gives us the perspective that we are a product of that consciousness and it is our responsibility to evolve sustainably as otherwise we will get destroyed. We need to figure out the ways to evolve sustainably.
There are several practices that people developed like tantric, substance abuse, agnosticism (of naga sadhus who do not abhor anything) etc in search of that 'Self' realization. But these were developed because people thought they can realize the Supreme consciousness within them..
When we are the thoughts of that supreme consciousness, it is simply impossible for us to realize our 'brain' or our 'supreme conscsiouness' by abusing our brain that was made of few pounds of protein and fat.. We can at the most 'fake' it. We need to understand that we are the embodiment of that consciousness.
As Nasadiya suktam says one cannot understand what is behind all this fully. So we need to respect that 'will' of that evolution and keep evolving ourselves.. That is the way. This is my view of what the original vedic seers taught..
Sashank Sriram
Thank you very much for allocating your time to clear my doubts. Bye
Me
Welcome.
-TBT